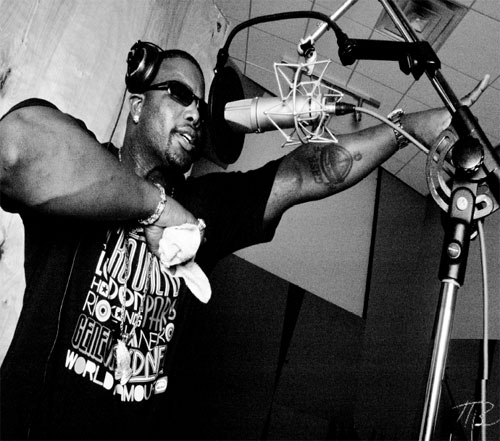 People say “What doesn’t kill you only makes you stronger.” For Cold Cash, this is no cliché, but a true life story. Unbroken by a tough life, he found salvation listening to the legends of Motown and 70’s funk artists like Al Green, Smokey Robinson, The Temptations, and Earth, Wind and Fire. Cold Cash was born Kenji Ray in Los Angeles, California. He grew up on the rough streets of South Central Los Angeles. Cold Cash lost his parents at a young age and was sent to live with his Great Auntie and cousins. There were many rough times with no money, little to eat, and three people regularly assigned to a bed. These trials and tribulations made Cold Cash more determined to succeed. 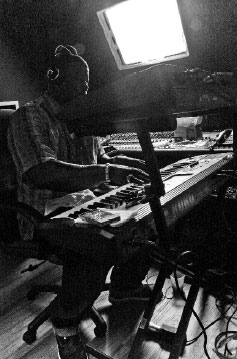 Cold Cash was heavily influenced by the streets of L.A., and music was the outlet that made life bearable through all of his heartache. Cold Cash began rhyming when he was 11 years old and quickly started free-styling his lyrics with ease. He could rap about everything he saw on his way from the Pacific Coast Highway to Crenshaw High School, a 45 minute ride. During this time, Cold Cash always had at least one girl at his side, rolled with a crew, and made money. Having witnessed the deaths of friends and family members, Cold Cash was aware that life on the streets would eventually lead him to prison or the grave. He realized that he had to make a move and enter the music game before the streets completely consumed him. Determined to pave his own path into the Hip Hop world, Cold Cash decided to focus on his love for music. As a teenager, Cash started in the industry as the road manager for the brother-duo Illegal, which featured Dallas Austin. Cash then managed an L.A. rapper that took him to Houston, where he started working with 8Ball & MJG. In 1994, Cash became a personal assistant for Big Mike at Rap A Lot and toured with Too $hort, TuPac Shakur, Snoop Dog, and Bone Thugs N Harmony on the Platinum Players Tour.

He had various roles from stage hype man to eventually becoming Too $hort’s Manager. Shortly thereafter, Cold Cash worked on projects with an up-and-coming producer named Jazze Pha. While in L.A., Cold Cash started working under legendary producer/artist, Dr. Dre, who took him under his wing. Dr. Dre also educated Cash about how to control the music game and gave him valuable insights about the business. Ready for a new challenge, Cold Cash assembled a crew in 2007 and began building Long Green Music. Cash got the music poppin by stockpiling beats, with most having the hooks already laid to them. Cash featured on many tracks for rising artists. Up to this point, Cold Cash had always been the man behind the scenes, but with encouragement from one of his partners, T-Money, Cash started rhyming on the mic. The versatile Cold Cash is now also revealing his lyrical talents. Cold Cash has survived a tough life and has risen to meet all its challenges. He lives a true BOSS and MAC lifestyle that cannot be replicated. Cold Cash is quoted as saying, “My reality is others’ entertainment.” He is a Renaissance Man, a real OG, an Artist and Executive for Long Green Music. Cold Cash is a multi-talented individual that can do anything he puts his mind to.